Ugh…. Where do I even begin??!!! It’s literally been such a long time since I’ve posted a blog. I’ve made many attempts, whether it be posting due to contractual/sponsorship agreements or posting in a selfish attempt to vent my temporary discomforts, but truth be told, I haven’t kept it all the way real with you…. I’m big on transparency and keeping it real with my readers but I’ve literally ghosted you and that’s not cool.

If you’re still reading this, it means your still here and you still care, so let me sip this rosé… turn down my music and break it down. First of all I am soooo sorry I haven’t been here as much as I wanted to be…. Blogging is therapeutic for me but I also know that you are rooting for me and I may have disappointed many of you when I just up and stopped blogging, so I am truly sorry for going MIA.

In the past year, I lost my father….my rock. He lost his long battle with cancer. He bounced back the last 2-3 times in the past so we thought he’d pull through but his work here on earth was done and he made his transition last July. I live in Chicago and he was in Belize, and even though I tried to be there with him I missed the chance to say goodbye by minutes. The grief and guilt of his passing has weighed heavily on me over the past year, and of course instead of tackling it head on, I dived into work.

That Fall I signed up for five different classes at school, I quit the job I had worked for the past five and a half years and started over at a brand new company. I also started Lavish Closet ( a boutique I co-own in Belize) and devoted more time to my own online store Glam 501. Oh and I moved. New house, new job, new increased school load, and new businesses. Then…… Covid 19 AND NUMEROUS incidents of Racial INJUSTICE(that were filmed).

Truthfully the amount of time Covid gave back to me allowed me to deal with the thoughts and feelings I had buried. Due to the lack of physical interaction in all of our daily lives, my closest friends prioritized constant communication. As isolated as we all are, this was the first time in a long time I knew I wasn’t on my own.

I’ve recently made an effort to prioritize this new found time and stillness. So here we are probably a year and a half later… and I’m finally in a space to be my true self again, as far as writing goes at least. I’ve tried vlogging but that is still a work in progress.

As always thank you for your continued support .

This site uses Akismet to reduce spam. Learn how your comment data is processed. 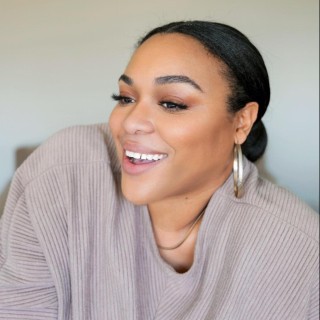 Welcome to my life as Beauty and the Kinks. This site is a direct reflection of my natural hair journey and my love for makeup and all things beautiful! Join the Beauty and the Kinks Squad!